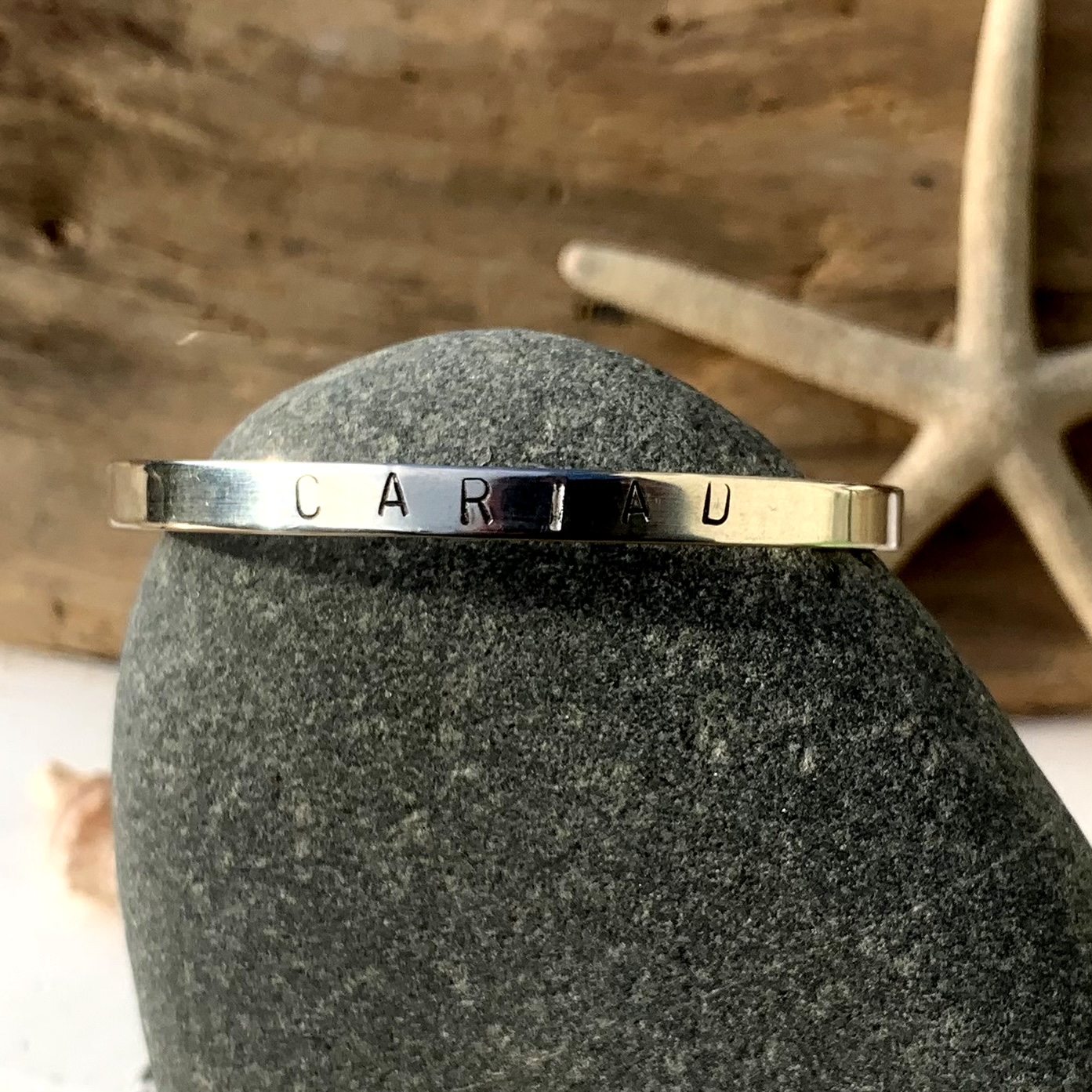 Happy Santes Dwynwen Day! Dwynwen (‘She who lives a blessed life’) is the patron saint of lovers in Wales.

Her story is a very old one, with various sources and versions, not least that old rascal Iolo Morgannwg. To pretty it up for selling things (like my awesome Cariad jewellery for instance!), the less palatable side of Dwynwen has been obscured, but I find the story more intriguing with a darker element. After all, love ain’t all roses and kisses…

Dwynwen fell in love with a young price called Maelon, but they were parted. The pastel version of the story tells that her father refused the match because she was already promised to another. The earliest version tells that Maelon either raped her, or at least made unwanted sexual advances and she ran away.

Whatever happened, she was broken-hearted and vowed never to love again. She prayed to God (or, if the tale is even earlier, not a Christian deity) to forget Maelon – and the prince turned into a block of ice.

Dwynwen was also granted three wishes (it does seem more Pagan than Christian to me…). She melted Maelon, but I like to think that he at least got frostbite on his todger and it didn’t work any more.

She also wished that all ‘true-hearted lovers’ prayers should be heard and ‘they should either obtain the objects of their affection, or be cured of their passion’.

However, she also wished that she should never have to marry, and thus became a nun at a church on Anglesey, Llanddwyn. The area also has a wishing well with a magic fish…

So her adoption as the Welsh patron saint of lovers is based on her second wish, the rest of her story being decidedly unromantic, plagued by men’s decisions on her behalf until she turns her back on the whole thing.

Not so much romance, but more reality – after all, what woman hasn’t experienced unwanted advances (or worse), and who hasn’t vowed to never, ever go on one more awful date! So I think it’s much more realistic than all the Hallmark stuff, and more interesting for it, as she finally ended up being able to make her own damn decisions.

I read a few pages to collect my ideas – good old Wikipedia, of course (my thesis is done thanks) but the best were the Wales Online and BBC ones, in case you’re interested.

Surfergirl’s Seaglass jewellery is all handmade by Kat Dawes.

I collect seaglass from Llangranong area and use eco-silver to create my designs. For the full story see the About Page.

You can find out more about which cookies we are using or switch them off in settings.

This website uses cookies so that we can provide you with the best user experience possible. Cookie information is stored in your browser and performs functions such as recognising you when you return to our website and helping our team to understand which sections of the website you find most interesting and useful.

Strictly Necessary Cookie should be enabled at all times so that we can save your preferences for cookie settings.

If you disable this cookie, we will not be able to save your preferences. This means that every time you visit this website you will need to enable or disable cookies again.